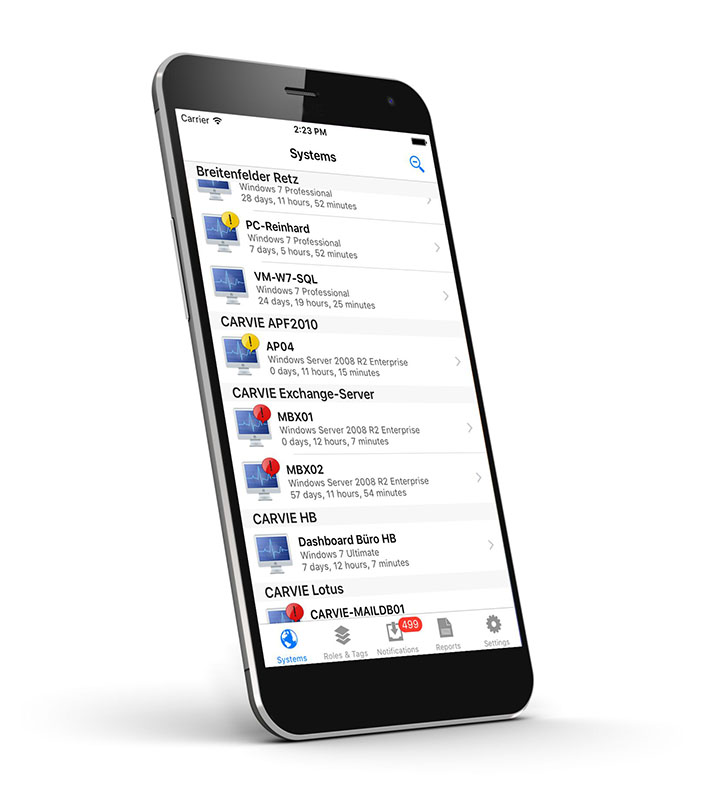 The Pulseway RMM(remote monitoring and management) solution has always been in heavy use amongst MSPs, but in recent months we launched a new mobile RMM tailored more exclusively for the service provider set. Key to this is the addition of a robust, full-featured PSA that is tightly integrated with the RMM.

The recent announcement of Pulseway MSP made the kind of splash you’d get from a cannonball, as the press and customers reacted with excitement. In fact, four top MSP media sites, Channelinsider, MSP Mentor, TechTarget and ChannelBuzz all weighed in on the news.

Pulseway already stood out amongst MSPs because of its mobile-first nature. You can do anything a traditional RMM can do, but do so from a smart phone, tablet or other mobile device. And all that functionality is still available from desktops so admins can relax in an office chair in front of their favorite large monitor and get their work done. All that makes MSPs technicians and admins far more productive with loads more flexibility.

“As Pulseway CEO Marius Mihalec is fond of saying, it is like “having a NOC in your pocket.”

The result is that MSP admins can support more clients in less time and resolve issues faster. That is an economic one-two punch that can set your MSP operation apart.

“Pulseway is revolutionizing systems management the way smart phones did for email. For the first time, MSPs managing client IT systems can literally do their job from the palm of their hand, get all systems data with just a few clicks on their phone, and take corrective action immediately from wherever they are,” said Mihalec.

Mobile used to be a “nice to have” RMM feature. With an increasingly mobile workforce and pressures to have RMM availability all the time, mobile is now a “must have” part of the RMM solution.

Meanwhile the price is clearly right. Pulseway MSP starts at $2.40 per server per month. The software is even more affordable with its pay-as-you-go, no contract, no setup fees model. This flexible pricing model easily adapts to MSPs’ ever shifting client needs.

Channelinsider didn’t just take Pulseway’s word for the new RMM innovations – it talked to our customers. "Pulseway is a godsend," Chris Martinez, founder of Integrated IT Solutions told the web site. "RMM has been a long, dirty road for us. We must have been through seven tools in the last two to three years."

Martinez also told the site that with a traditional RMM, each MSP tech can monitor around 100 seats. Pulseway RMM moves that bar to 300 seats or more.

Channelinsider concludes: “These days, there is clearly no shortage of options when it comes to RMM tools. The real issue facing MSPs is not so much whether they need an RMM tool, but rather how flexibly that tool enables them to support customers that are becoming less inclined with each passing day to commit to anything more than a month-to-month IT services contract.” 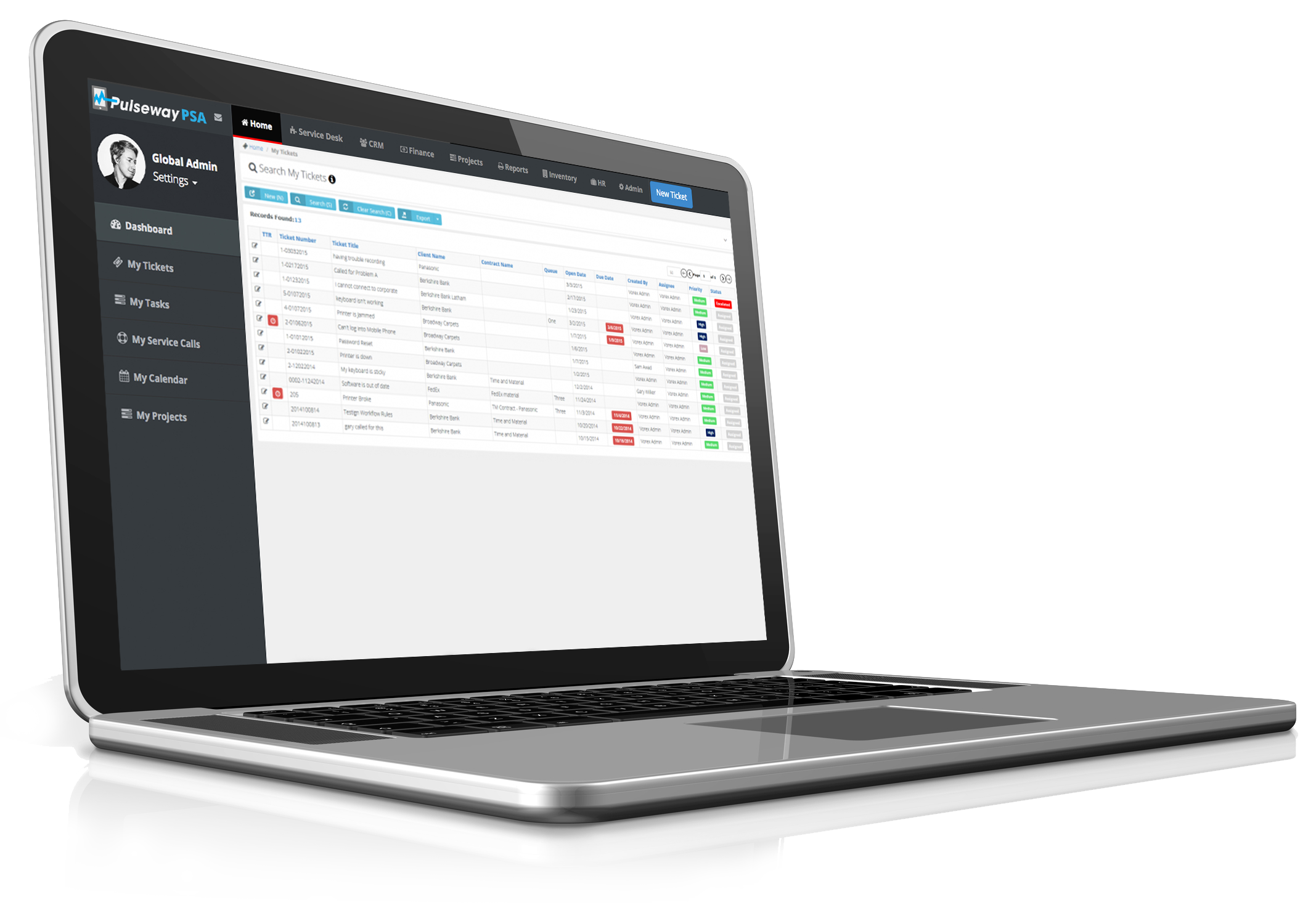 TechTarget also honed in on the Pulseway MSP customer experience. It points out that the same features that made Pulseway popular in the enterprise are creating the MSP buzz. “The RMM tool is in use among IT administrators at such companies as Dell, Louis Vuitton, Conde Nast and British Columbia Institute of Technology. But managed service providers (MSPs) have adopted the technology, as well, suggesting features that paved the way for Pulseway MSP,” the web site wrote.

Martinez also explained that other products took a month to deploy. Not only that, there were frequent, almost constant calls to tech support, sometimes 10 to 20 calls a day. In contrast, Martinez’s company has only called Pulseway support 10 to 20 times – in the last two years!

TechTarget also reached out to Schema Networks, which chose Pulseway over more entrenched RMM solutions. "It's a complete game-changer in terms of monitoring," Scott Weaver, founder and partner of Schema Networks, an outsourced IT firm in Irvine, CA told the site. After using four different RMM tools, Schema now uses Pulseway as its standard.

The web site reached IT outsourcer CareTech Solutions and spoke with Brian Heersink. The company did an initial Pulseway test with a handful of servers and now uses the tool to manage more than a hundred. Heersink really likes the dashboard. While Pulseway is most know for running on tablets and phones, here CareTech projects the dashboard onto a large office TV so they get an overall view of their systems.

The web site reached IT outsourcer CareTech Solutions and spoke with Brian Heersink. The company did an initial Pulseway test with a handful of servers and now uses the tool to manage more than a hundred. Heersink really likes the dashboard. While Pulseway is most know for running on tablets and phones, here CareTech projects the dashboard onto a large office TV so they get an overall view of their systems.

A Mobile RMM Designed by MSPs for MSPs

It’s no accident that Pulseway’s new RMM hit the MSP sweet spot. After all, you could say it was designed by MSPs. Here is what Mihalec told Channelbuzz. “The smartest thing we did was put it in with a feedback button, because we got many comments and requests. The features since then have been developed by priorities determined by feedback,” he said. “We noticed we had more and more MSPs coming on board, and they were making requests for things like white labeling, and more automation. So we decided to develop a specific version to address those requests. The new edition includes those features they asked for, and also some PSA integration.”

What MSP Mentor has to Say

Finally MSP media stalwart MSP Mentor tackled the new Pulseway RMM, again by reaching out to actual customers – in this case also interviewing Brian Heersink from CareTech. “While I was satisfied with the notifications sent to my mobile phone using other solutions, the features Pulseway MSP provides blew me away,” Heersink told the site. “It didn’t only monitor server uptime, but provided a plethora of statistics and actionable items,” he said. “Within minutes, I went from not only finding out about systems issues, but I also had the ability to fix those issues on-the-go from my Smartphone."